Lockdowns Not About COVID-19: Goal is Regime Change & Reign of Terror Against “Deplorables” (Targeted Individuals)

Lockdowns Are No Longer About COVID-19: The Goal is Regime Change And The Introduction of a Reign of Terror Against Deplorables 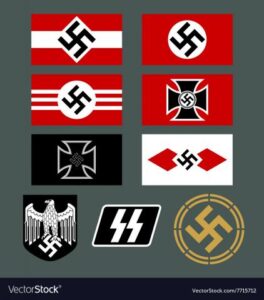 We have all been awaiting the full implementation of Nazi-Gestapo tactics on the American people in order to keep America locked down and thereby, completing the task of destroying the American economy, beyond repair, after the release of the CHICOM bioweapon.

America Has Been Defeated by the Following Forces

We have seen a partial Nazification of America society, especially in places like Michigan, Texas, Main, New York, Illinois, Georgia, California and Arizona. America is being divided up among different ideologies in multiple domains. Our economic philosophy, since COVID-19, has become communist in which the right to work at your essential job, needed to put food on your children’s table, is regulated by government. However, the corporate elite (banks, box stores such as Walmart, large brokerage houses, Big Pharma, etc) in this country are largely unaffected and the corporate-controlled oligarchy, which dominates our government and controls portions of the Deep State, Congress, Supreme Court, and the Executive Branch. And yes, the corporate oligarchy is dedicated to the overthrow of the Republic, its civil liberties (eg freedom of speech and religious worship) and economic freedom.

This hybrid form of the emerging ruling structure also contains the worst characteristics of Nazi Germany. In Part Two of this series, I will be highlighting the events in California where it has been announced that the State is embracing medical martial law camps. This is something that Celeste Solum and myself have written about for years and now, and undeniably, that day has arrived. Until Part Two is published, my advice is to avoid all testing for COVID-19 as much as possible. The problem is not with the test, should you test positive for COVID-19, but with what several local authorities are implementing on a scale that even the Nazis would be envious.

The collective philsophy of the American/international oligarchy could best be described as one that espouses feudalism for the masses, at least those that are permitted to survive these tumultuous events!

The Lab Coat Coup Participants and Their Heinous Conflicts of Interests

Because of the nature of the emergency powers that have stripped Trump of his executive branch powers, the United States is under a “Big Pharma” martial law with Fauci sitting at the head of the table.

At the center of what I am now dubbing “the lab coat coup against America” are generationally embedded doctors with heinous conflicts of interest which clearly impacts their professional judgments in the performance of their federally mandated duties. Fauci and Birx exemplify the problem with allowing generational public servants to privately profit from their positions of authority at the expense of those that they are federally mandated to serve! Fauci, Birx et al., are the leaders of the Big Pharma Deep State apparatus. Eventually, these conflicted public servants become “owned by someone, for their own personal benefit and the benefit of their puppet masters!

Conflicts of interests for federal employees are illegal, but do not let the rule of law fool you that the public is somehow protected from the resulting abuses associated with conflicts of interest. With regard to the Deep State doctors, it is a case of “rules for thee but not for me”. Regardless of their conflicts of interest sources for the COVID-19 teams (eg Fauci, Redfield, Birx), Governor Ducey, Governor Newsom, Governor Cuomo, and Governor Whitmer, et al., every single one of these conflicted individuals ultimately owe their homage and servitude to none other than the Bill and Melinda Gates Foundation. Many researchers have documented these gross conflicts of interest. The most outstanding work in the area of conflicted public servants has been performed by Dr. Judy Mikovits. Her stellar work is the most censored on the internet. She is taking an enormous risk, both professionally and with her personal safety to bring the American public the truth. These conflicts of interest will be further explored in Part Two.

However, as an example of these conflicts of interest, lets take a look at Arizona. Arizona Governor Ducey sits on the Board of Directors for T-Gen. T-Gen is working on the so-called vaccine which will be “rushed” to market with no conceivable way to be absolutely certain that the vaccine words in replicable testing and patient safety be damned in this all-too-short-window of public safety testing. Ducey has artificially kept Arizona locked down against all reason. On May 1st, the largest county in Arizona, Maricopa County, witnessed 67% of the deaths from COVID-19 were in live-in assisted care facilities for the elderly. Yet, this population represents only .000001% of the population of one of the largest counties in the country. The 20-44 age group’s infection rate is the highest in the county, but they account for the least amount of deaths. Therefore, the data clearly shows that a targeted intervention, not a “one-size-fits-all approach, is needed. But don’t confuse Ducey with the facts because he has an agenda! Of course, and it obvious to this researcher, that if Ducey, Newsom, Whitmer, et al, can keep a large part of the population locked down, or at least partially locked down and these people are feeling the economic heat, they will gladly accept Bill Gates’ vaccine which will go down in history, due to the rapidity of its development as “unsafe at any speed!” Ducey is merely a microcosm of the public-harming conflicts of interest that exist for many of our political leaders. He is as guilty as Fauci in the deaths that are occurring because of the rampant unemployment (see the data set explanations below).

Mike Adams, in a discussion we had last night, both agree, that these officials should be charged with manslaughter. Remember, for every 1% increase in unemployment, the death toll goes up a minimum of 10,000 deaths. Some actuaries place the lock down toll, with regard to resulting fatalities, as 29 times greater than COVID-19 deaths (see South African actuaries).

On May 1st, the government reported 30.5 million job claims.

The number of full-time workers just prior to the recognition of COVID-19 as a public threat was 110 million.

This makes the effective unemployment rate a whopping 27.72%. This is more than 5% more than at the apex of the Great Depression.

On May 8th, many are speculating that the unemployment claims will top 35 million!

Conclusions from the data (all statistics are from the Department of Labor):

On May 1st, the increase in unemployment came in at an amazing 24.2% increase from the baseline number!

The May 1st true unemployment rate equates to an increase of deaths in America to 240,200!

If the May 8th unemployment rate is at the 35 million jobless claims, the death curve will have increased by a stunning 32%!!! This equates to an increased of American deaths to 320,000!

This is clearly a case of the cure is worse than the disease.

Mike Adams has proposed a 5 point plan on my show several weeks ago that would have allowed for a relatively safe opening of our businesses.

In the course of our interview, Mike Adams presents a detailed 5 point plan which would basically eradicate the virus while returning America to normal. No wonder the New World Order wants to silence Mike Adams. Well, Mike is not censored here.

The Mike Adams and Dave Hodges interview can be accessed at this link.

If we would have followed Mike’s plan, hundreds of thousands of lives could have been saved by keeping the “social misery score” to a minimum, while preventing the wholesale free-fall in the economy which will result in a communist being elected this November.

By the way, and I receive no renumeration for this notice, Mike Adams is a key speaker at the Gen Six virtual conference next week. One can register for the conference by clicking this link.

America is embracing Fascism, an elitist oligarchy and the beginnings of Gestapo-like enforcement as the Constitution is being put to death.

In Part Two, we will examine why every American should fear Bill Gates and his domination of the coming vaccines.

Further, we will review Celest Solum and my work on FEMA Medical Martial Law Camps and how the theoretical reign of terror just got very real in California.