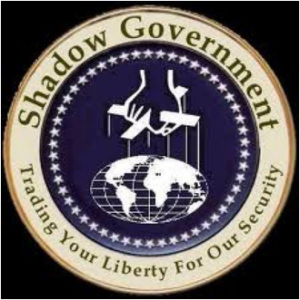 Las Vegas shooter Stephen Paddock did not happen in the vacuum of space; shooter Paddock developed his vainglorious sanctimonious rabidity in the same country that brought you Harvard conducting cruel human experimentation on The Unabomber.

The NSA The Program (nicknames, Operation Chaos, Operation Artichoke, Operation MK Ultra and MK Naomi) has been around in different iterations since the 1950’s. The two most recent changes have been around for about 21 years – cellphone (formerly automobile mobile phones) stalking and the massive proliferation of dangerous SSRI drugs.

In other words, victims are tracked (stalked) via cell phones and when they “crack” from sleep deprivation, etc., they are put on SSRI drugs. The trouble with having Psychiatrists and FBI profilers explain Stephen Paddock to us is that Psychiatrists and FBI helped create the Las Vegas Shooter. The FBI investigating FBI torture illegality and blaming mental illness is almost a joke.

MK Ultra is not fake news, you can read up on MK Ultra on the CIA’s own website. If you want to see fake news, just go to Fox, CNN, NBC, CBS, Townhall.com, Salon.com, Opednews.com or Huffingtonpost.com, et al.

Infowars is running a fake news article that wants to cover up the NSA’s hand in MK Ultra mass shooters, this story is totally false. Blaming Antifa for the NSA’s human-torture Manchurian Candidate “The Program” lets the National Security Agency off of the hook.

Here is another example of shills covering up for the government. This “Rational” wiki stub blames mental health for the NSA’s sins; it is an affront to everyone and every family who has a mentally ill individual. Again, it lets the Deep State NSA off of the hook.

The architect of the mass shooter events is Dr. Ewen Cameron and the current promulgator of his “work” is the US National Security Agency’s “The Program”.

Gun Control arguments are a distraction from NSA mind control, SSRI drugs and mass shooters. The Deep State thrives on half the country clamoring for more guns, half for no guns at all. This scenario benefits the Shadow Government as well as boosts gun sales and bump stock sales. Gun Control narrative ignores reigning in the criminal NSA and its burgeoning covert torture/Manchurian Candidate program. Las Vegas Shooter Stephen Paddock is just the latest flavor of MK Ultra, now being handled by NSA.

The Talking Heads keep saying that “authorities do not believe Stephen Paddock was “political”. He murdered 58 people and wounded 515 people. Although one cannot make sweeping generalizations about 22,000 people at a music venue… There were a lot of Right-Wing White Anglo-Saxon Protestants in the crowd. How do Stephen Paddock’s profilers end up saying he was apolitical? His targets are political… Or are we to ignore the fact that many, many hundreds of Republicans just got shot by an MK Ultra shooter? It does not get much more political than that.

The Judao NSA running a black operation in Las Vegas wherein hundreds of Christians get killed or maimed is religious, or rather Anti-Christian. The NSA is both Jewish and Anti-Christian.

Dr. Jim Fetzner’s assessment is included in this article, even though we vehemently disagree with his erroneous conclusion that “this is a non-violent incident with crisis actors”. There are too many independent journalists who have spent too much time interviewing, lets say, parents of Newton School massacre dead children, Virginia Tech family members of the dead, etc. It is too easy for journalists to attend one of the 58 funerals of the Las Vegas dead – too many people actually died for these incidents to be erroneously labeled “hoaxes”. But this does not let the NSA and its Manchurian Candidate program off of the hook. Dr. Jim Fetzner’s assessment is included here, because Jim Fetzner’s assessment of Sheldon Adelson, Michael Chertoff and the Israeli Mossad is spot on correct. This is an American Gladio Operation.

Las Vegas shooter Stephen Paddock said that he was a “government experiment” and the CIA could “hack his brain and take over”.

Las Vegas shooter Stephen Paddock told a Las Vegas escort that he was a “government experiment” and the CIA could “hack his brain and take over” in a series of disturbing text messages shortly before the worst mass shooting in modern American history, according to reports.

“There’s messages where Stephen is telling her he’s a government experiment and that they are listening to everything he says and does, and they can hack into his brain and take over,” the escort, identified only as Mikaela, told Radar Online.
BYPASS THE CENSORS

According to Mikaela, an unnamed prostitute who spent time with Stephen Paddock in the hours before the shooting has “vanished,” becoming the latest person with ties to the shooting to disappear or die in suspicious circumstances.

In the space of two months after the October 1 attack, eight eyewitness survivors, many of whom publicly disagreed with the official narrative, plus one high profile attorney, wound up dead.

Mikaela, who previously had a “sugar daddy” relationship with Paddock and is now cooperating with the FBI, has now fled the United States and is living abroad, fearing for her life.

MK Ultra is not fake news. You can read up on MKUltra on the CIA’s own website.

According to Wikipedia, Project MKUltra, also called the CIA mind control program, is the code name given to a program of experiments on human subjects, at times illegal, designed and undertaken by the United States Central Intelligence Agency.

More than five months since the shooting, the investigators still can’t provide a legitimate motive for Paddock to conduct the attack. His own family were dumbfounded. One option that is surely on the table now that more information has come to light is that Paddock was a mind-controlled Manchurian Candidate.

This idea comes from the MKUltra experiments from the 1950s-1970s. During these experiments the government conducted many psychological tests aimed at behavioral control, most famously on Ted Kaczynski, the Unabomber.

Kaczynski was at Harvard when the CIA started toying with his mind. The experiments ultimately led him down the path of isolation, hatred, and eventually attacks on the public.

Was Stephen Paddock the latest in a long line of MKUltra mind-controlled Manchurian Candidates, brainwashed into performing ultraviolent acts on behalf of nefarious elites?

Given the shambolic and corrupt nature of the FBI investigation so far, and with the stakes so high, don’t expect to have the answers to these questions handed to you on a platter by mainstream media.