“The national economies of 193 countries, member states of the United Nations, were ordered to close down on March 11, 2020. The order came from above, from Wall Street, the World Economic Forum, the billionaire foundations. And corrupt politicians throughout the world have enforced these so-called guidelines with a view to resolving a public health crisis.

Millions of people have lost their jobs, and their lifelong savings. In developing countries, poverty and despair prevail. We are told it is the Virus which is responsible for the wave of bankruptcies and unemployment.

The unspoken truth is that the novel coronavirus provides a pretext and justification to powerful financial interests and corrupt politicians to precipitate the entire World into a spiral of mass unemployment, bankruptcy and extreme poverty.”

“Greetings from the Ethiopian Orthodox Church. Pray for us while we bear the genocide.”

Webmaster Comment: The following post contains information provided by the Solari Team in their October 12, 2020 entitled: “Mapping the Portland, Oregon Riots.” This is critical information for understanding the war against the United States of America being now conducted by the UN, Wall Street, the City of London, the large Foundations, and the Synagogue of Satan, in short, the rulers of this world.

The larger context here is that America is being systematically converted into the UN’s vision for 2030 formerly called UN Agenda 21 (Agenda for the Twenty-First Century). Specific cities are now being targeted for systematic destruction to accommodate their conversion to UN SMART CITIES. This process will lead to relocation of rural Americans out of rural areas per the 1992 UN Agenda 21 “Map of Death” below.

The following 18 maps reveal the specifics of this horrific ongoing crime, a crime in which the US government, military, intelligence, and the global corporatocracy are entirely complicit. 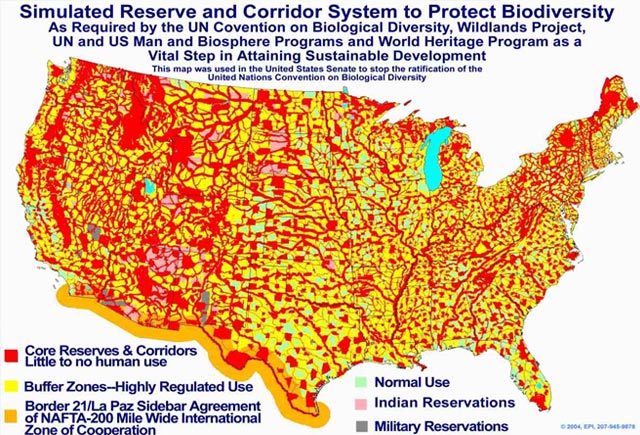 Now, compare the Above UN Agenda 21 “Map of Death” with the following maps from the Solari Report article, October 12, 2020:

HUD Opportunity Zones in the United States of America: 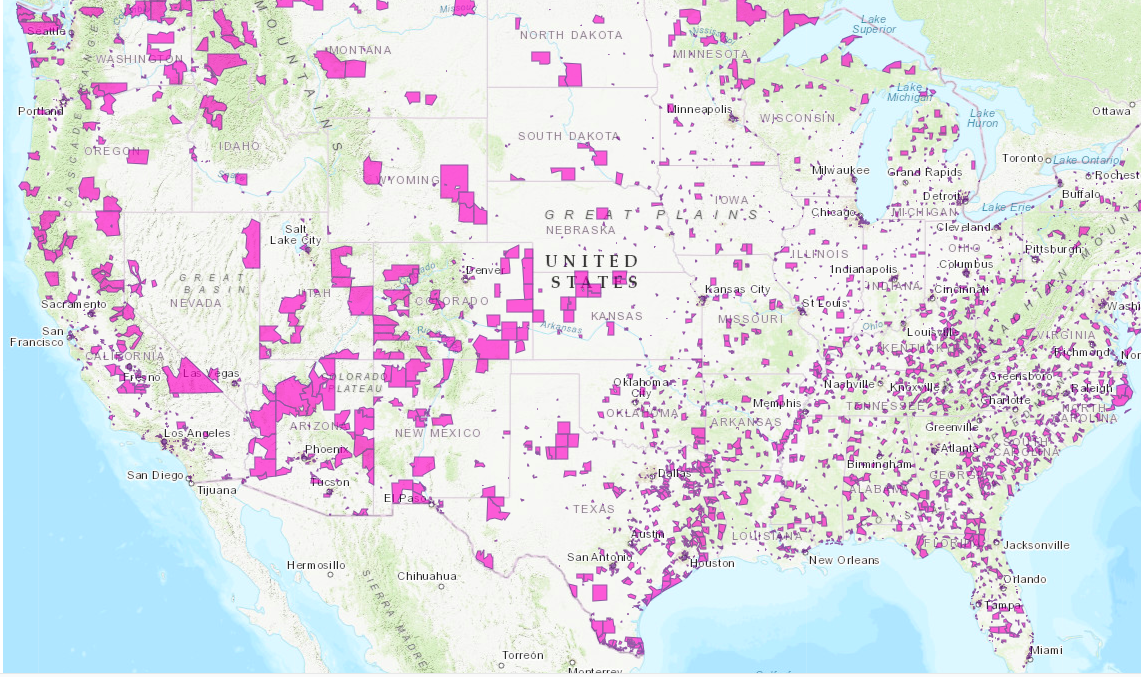 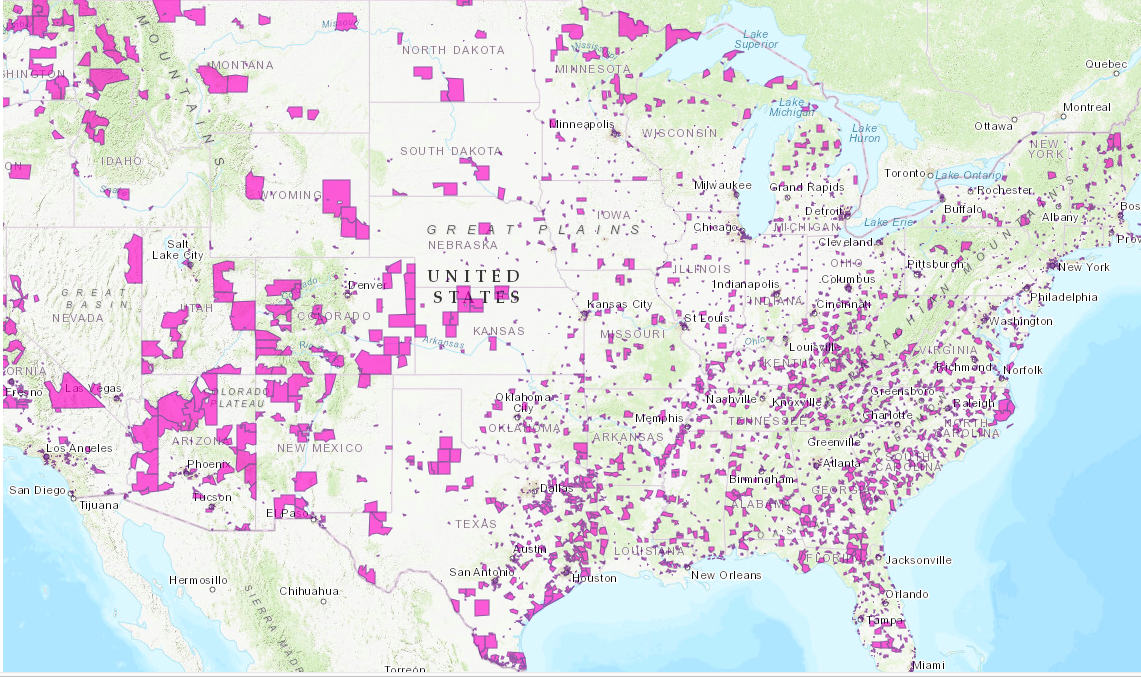 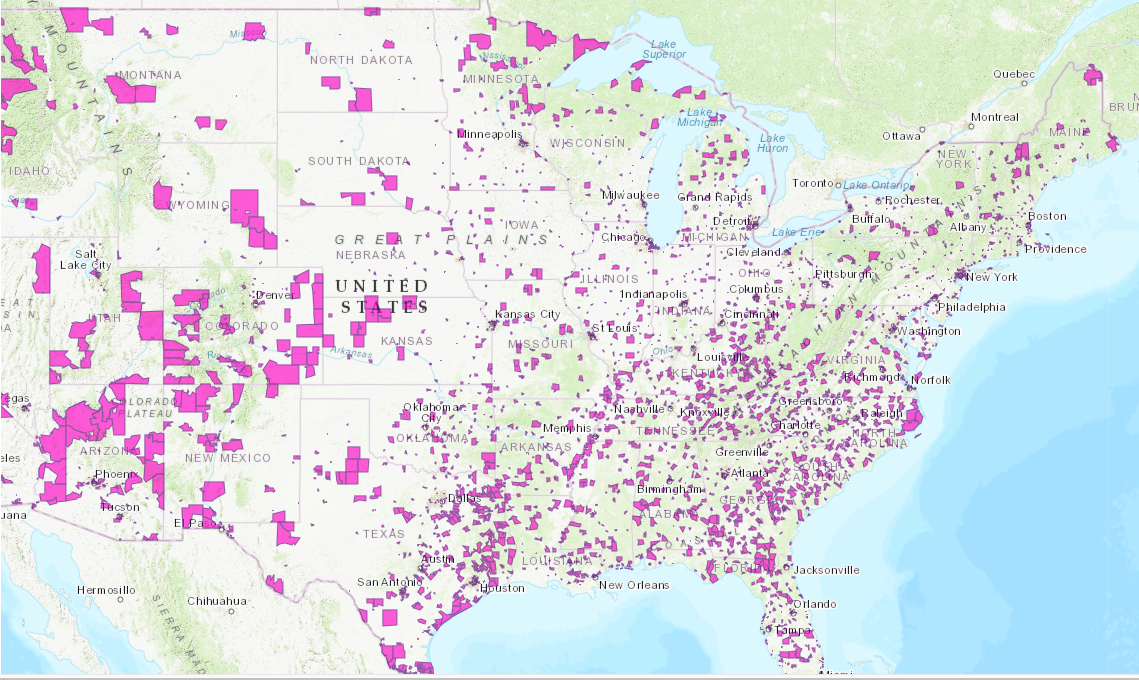 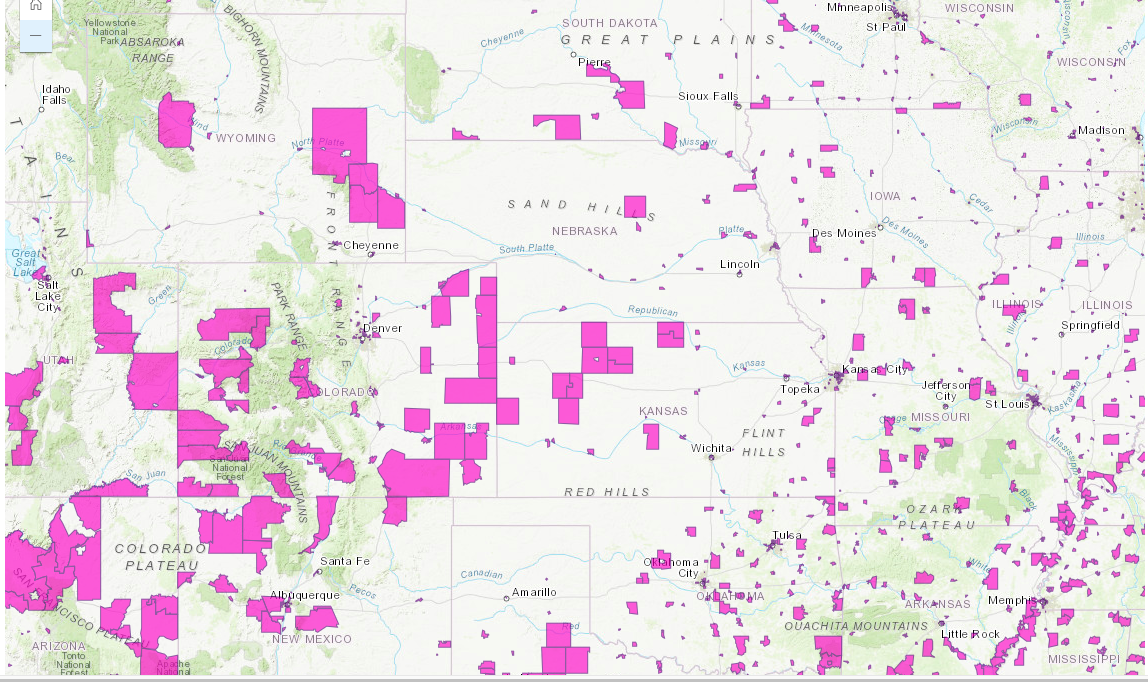 From “Mapping the Portland, Oregon Riots; The Solari Report by The Solari Team”

By the Solari Team

The Portland riots began in May and continue to this day. We decided to map what data we had as of October 7, 2020. A correlation between riot damage and the tax-attractive Opportunity Zones that we noted in the riot damage patterns in Kenosha and Minneapolis continues in Portland (see “Subcriber Resources” section at the bottom of the page).

In addition to Live UA Maps, we used three additional sources which are listed in “Subscriber Resources” below:

The main source for this report was Live UA Map Timeline Aug 24 – Oct 07 2020. Stories listed were from Twitter and elsewhere, most of which referred to multiple and sometimes duplicate instances of the same event. There were only a handful of individual property damage reports. Consequently, there can be no assurance that the data we used are accurate or complete.
KGW8 (NBC affiliate) Video and Article
KGW8 YouTube Channel
Portland PD Timeline Graphic

Portland riots started in May and are continuing. They are notable for the politics of confrontations and tactics:

Law Enforcement Infrastructure and Personnel were the primary targets. Police, Sheriff, ICE, Federal Court, and Local Government assets were under prolonged attacks from August 24th – Oct 7th. A tremendous amount of effort was spent on destroying the downtown area bounded on the West: by the 405, North: by West Burnside, East: Willamette River and South: SW Clay. Where a high concentration of Justice and Police facilities were.
This also appears to be the 1st appearance of the “Proud Boys” in one of our reports. Who they are and who is financing them is unclear at the moment.
For whatever reason, only 500 OR Army National Guard (ORARNG) Troops were activated (where 2000 were activated in Kenosha, WI).
Federal Law Enforcement Agencies used in place of the ORARNG were: ICE, Border Patrol, U.S. Marshalls and Homeland Security forces.??

What was the same? 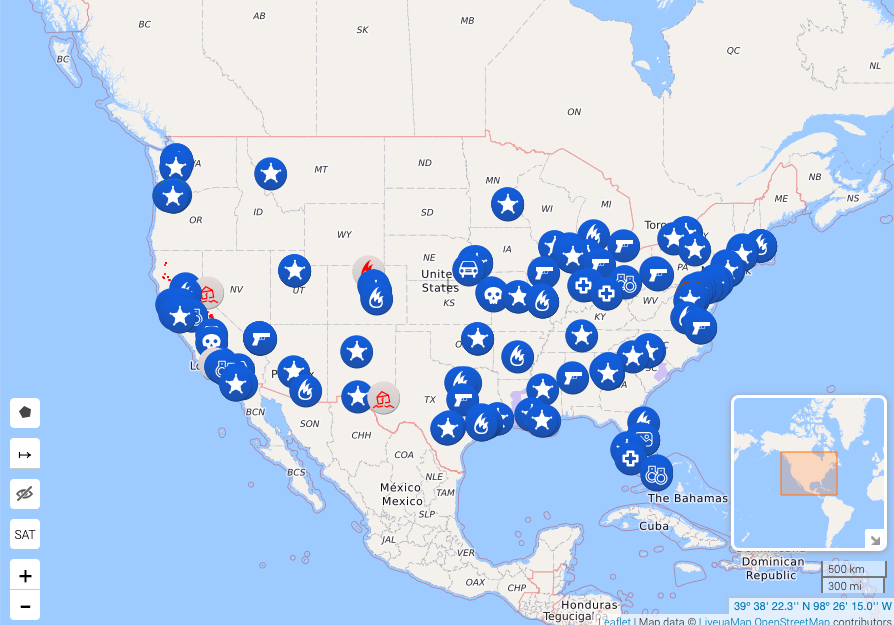 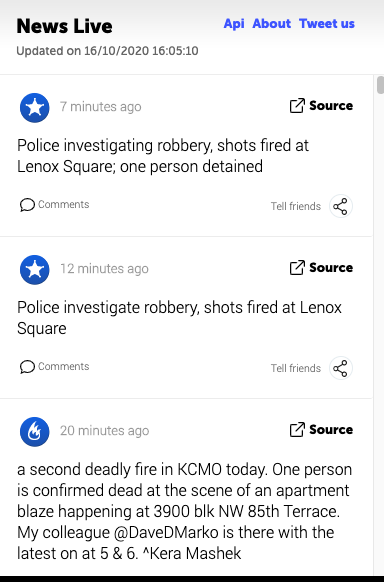 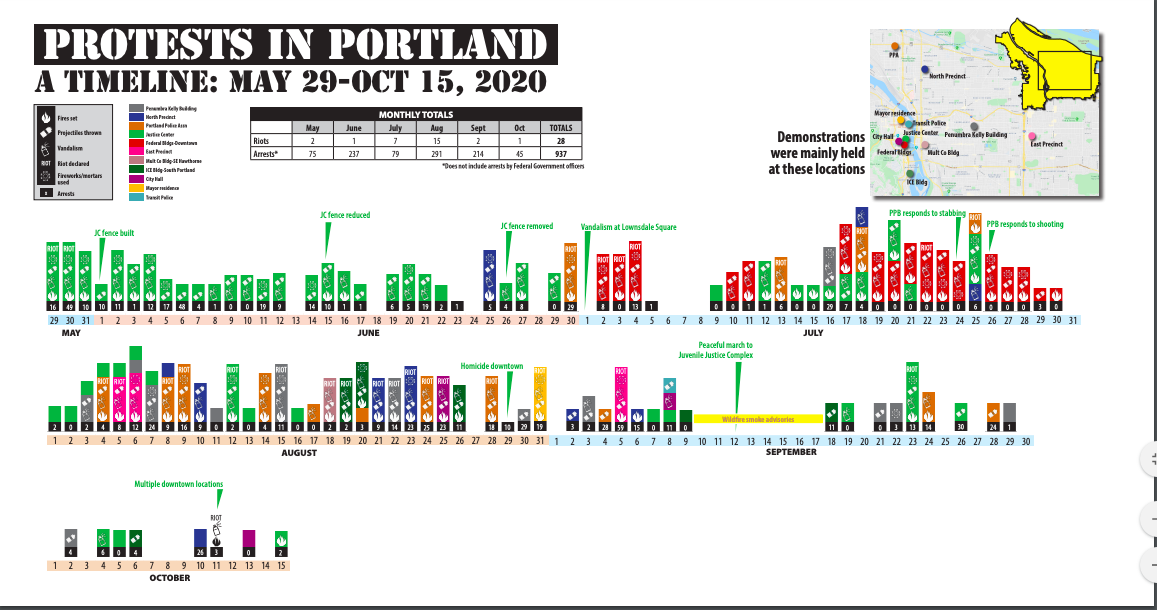 4) Map Key For Rioting/Opportunity Zones in Portland, OR, Minneapolis, MN, and Kenosha, WI. 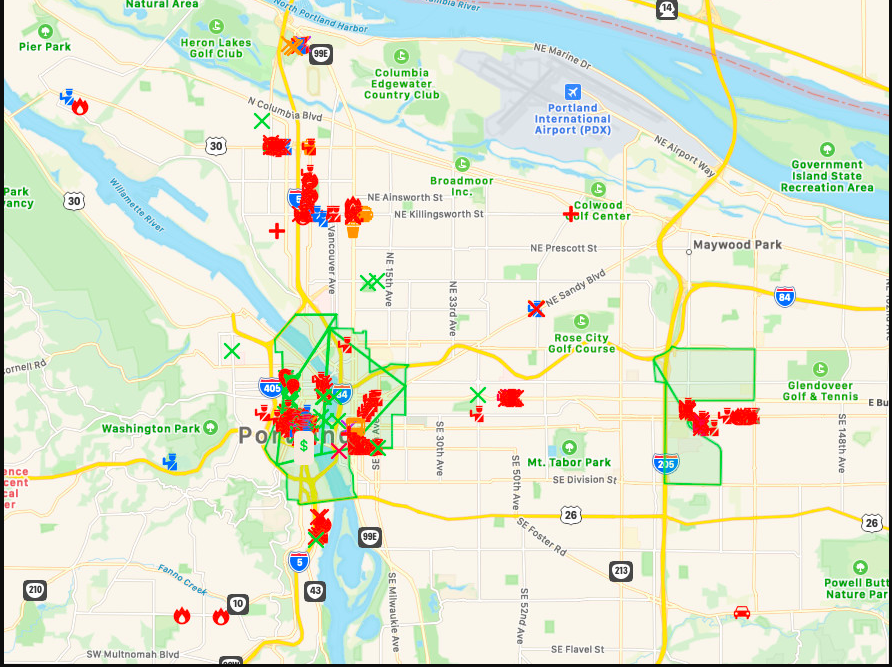 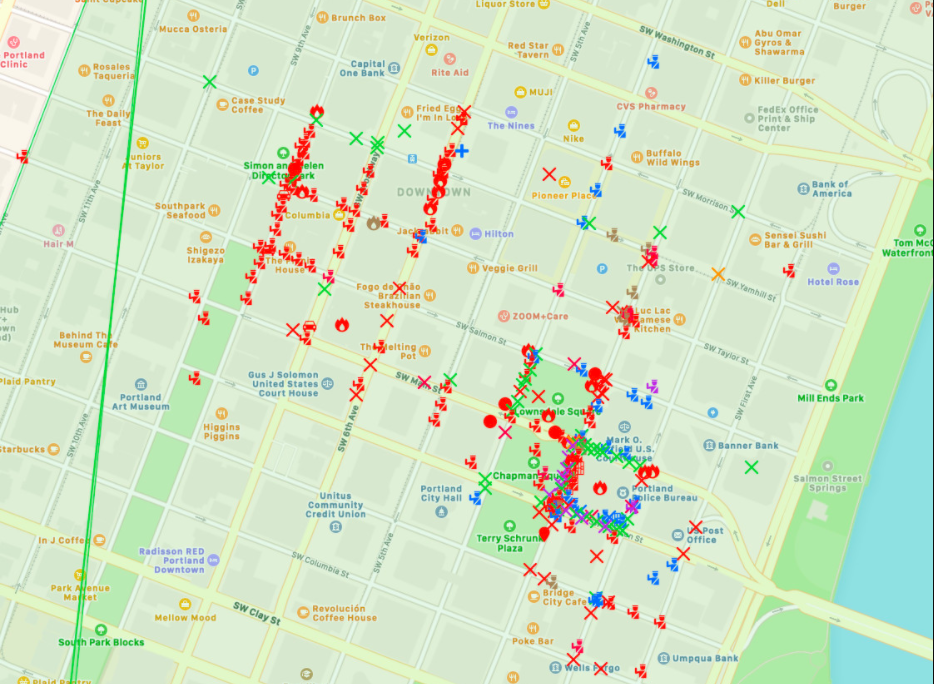 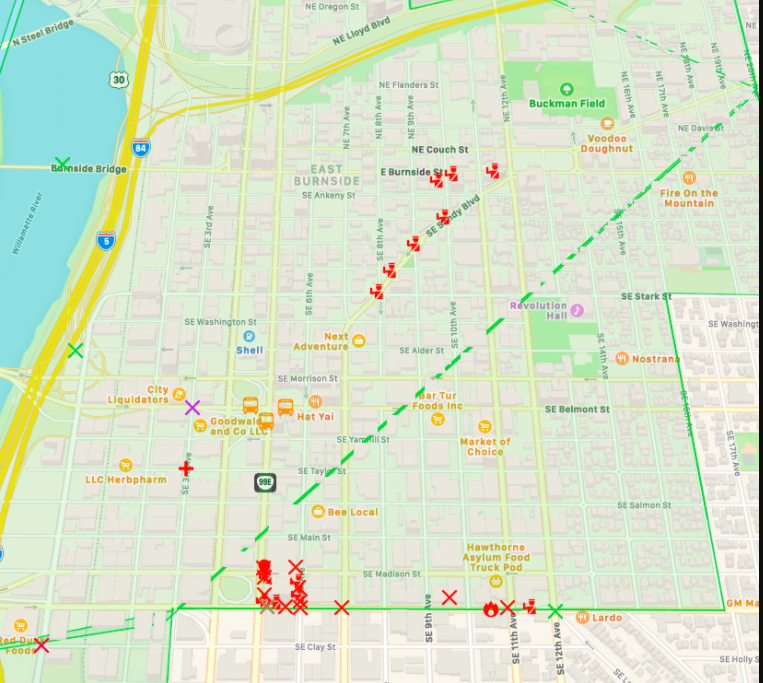 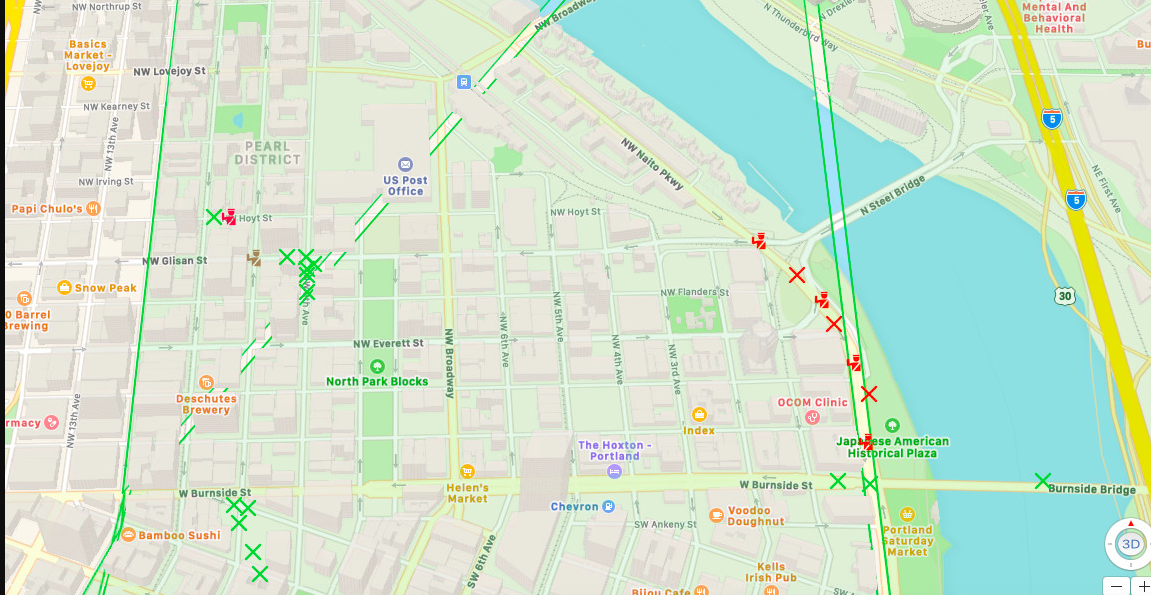 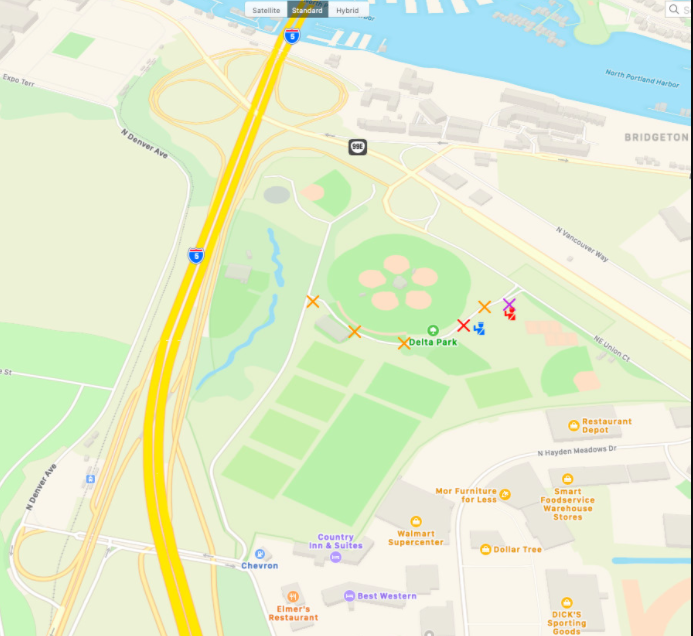 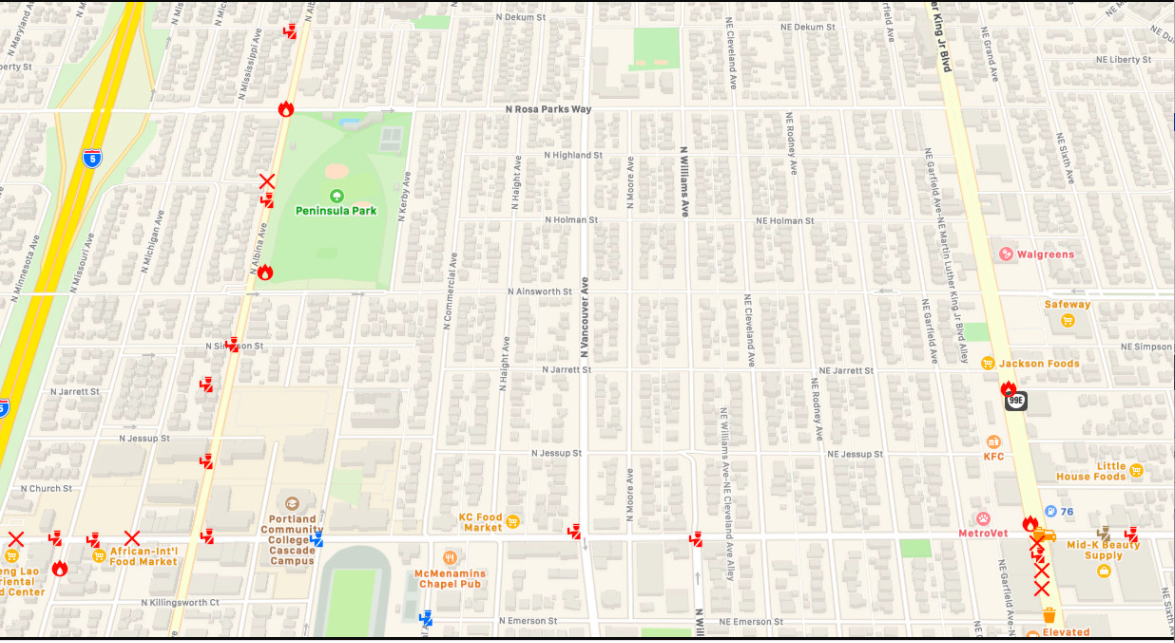 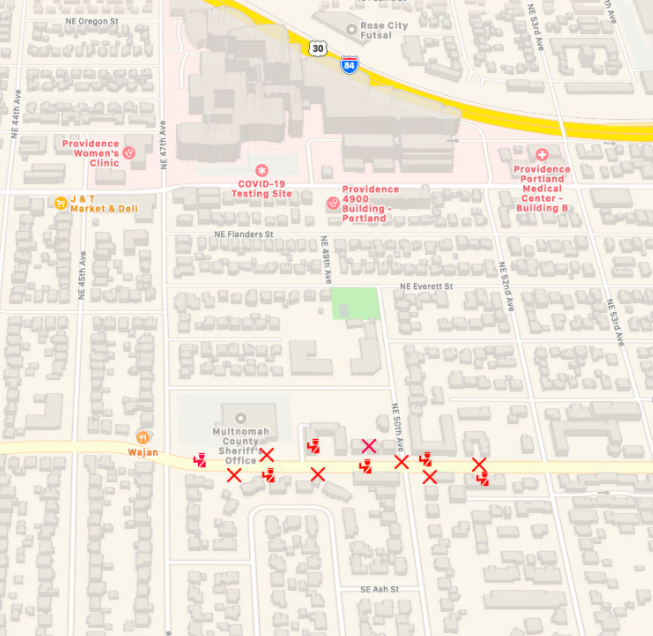 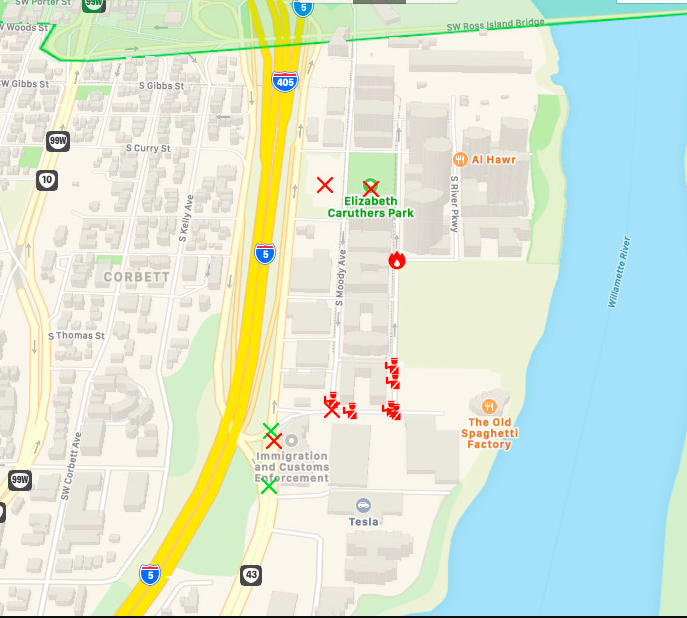 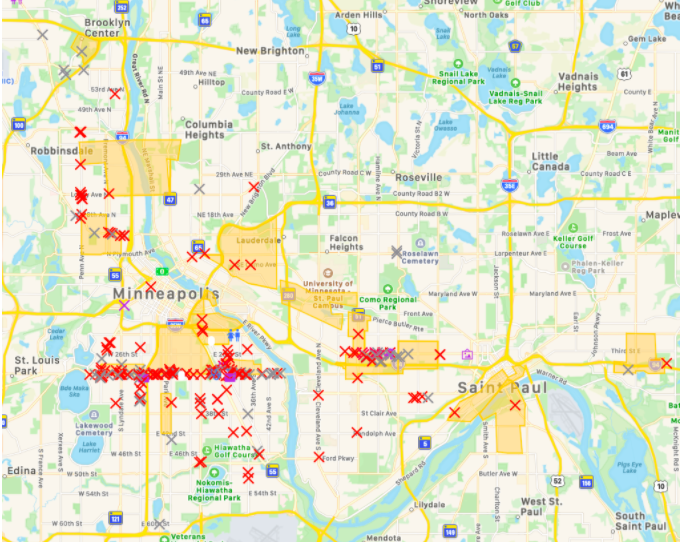 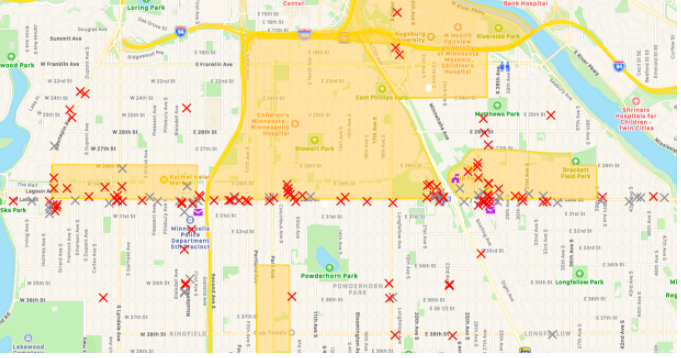