The Innocent Victims of Brain Research

ETK Introduction: Revelation 18:10, 12, and 13 predicts the fall of Babylon the Great, which engaged in selling “slaves and souls of men:”

Standing afar off for the fear of her torment, saying, Alas, alas, that great city Babylon, that mighty city! for in one hour is thy judgment come…. The merchandise of gold, and silver, and precious stones, and of pearls, and fine linen, and purple, and silk, and scarlet, and all thyine wood, and all manner vessels of ivory, and all manner vessels of most precious wood, and of brass, and iron, and marble, And cinnamon, and odours, and ointments, and frankincense, and wine, and oil, and fine flour, and wheat, and beasts, and sheep, and horses, and chariots, and slaves, and souls of men.

Along with the globalist’s supposed quest to control the whole world, sea to shining sea, comes the inevitable desire to control the human being … it’s a given … Perhaps some of the intentions are good, but the innocent lab rats who have had their lives stolen for this quest aren’t very impressed. Their lives have been stolen … period. This is human trafficking.

This is painful, never-ending research aimed at behavior modification ( through psychotronic torture ) and medical experimentation, … basically, all remote forms of manipulation of mind and body are being studied. … remote and invisible … can you imagine the threat to mankind?

The victims are framed for crimes which they didn’t commit to justify their inclusion in this project, and promptly separated from their families, friends, incomes, computers, automobiles, and anything else which might make never-ending experimentation difficult. If they complain they are called delusional and put in a psychiatric institution. Once again, this is human trafficking folks !!!

Here are a few truth weapons to help these people … but let’s not just blame the USA for following orders, … this is a global program ….

“While initial attention should be toward degradation of human performance through thermal loading and electromagnetic field effects, subsequent work should address the possibilities of directing and interrogating mental functioning, using externally applied fields”. 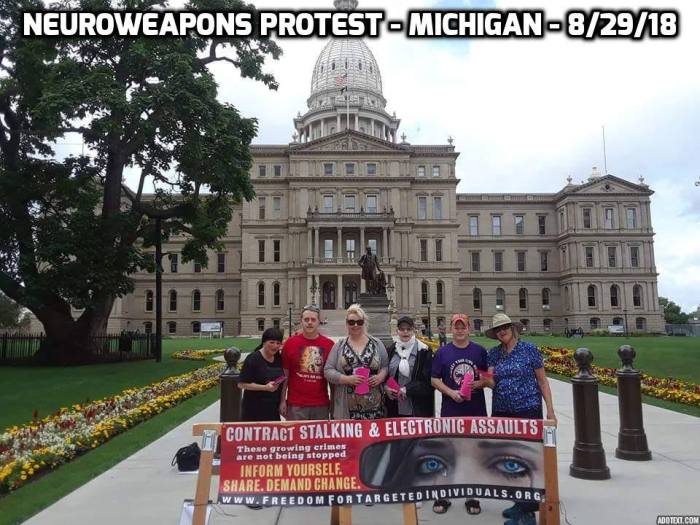 A report derived from the testing program of the Microwave Research Department at the Walter Read Army Institute of research states,

“Microwave pulses appear to couple to the central nervous system and produce stimulation similar to electric stimulation unrelated to heat”. 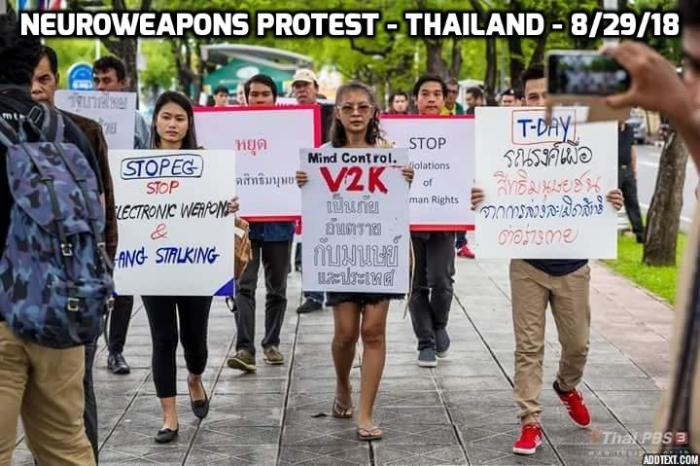 In 1998, the French National Bioethics Committee warned that neuroscience is being increasingly recognized as posing potential threat to human rights.

In May 1999 the neuroscientists conference, sponsored by the UN, took place in Tokyo. In the declaration we read:

“Today we have intellectual, physical and financial resources to master the power of the brain itself, and to develop devices to touch the mind and even control or erase consciousness. We wish to profess our hope that such pursuit of knowledge serves peace and welfare”.

The events at the international political scene, in the last few years, confirm that the concept of remote control of human brain is a matter of negotiations. In January 1999 the European Parliament passed a resolution where it calls for an international convention introducing a global ban on all developments and deployments of weapons which might enable any form of manipulation of human beings. 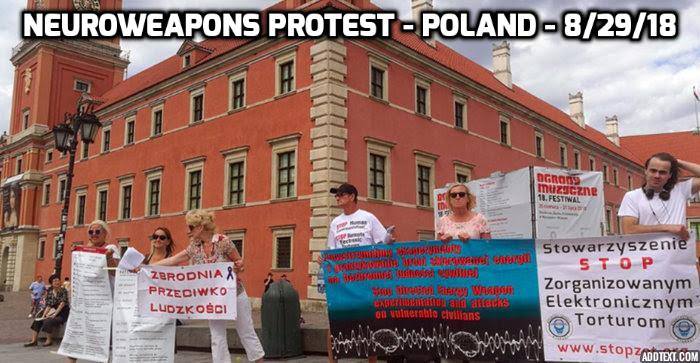 In the book “Psychotronic Weapon and the Security of Russia” the authors propose among the basic principles of the Russian concept of the defense against the remote control of human psyche the acknowledgement of its factual existence as well as the acknowledgement of realistic feasibility of informational, psychotronic war (which as a matter of fact is actually taking place without declaration of war)” (19).

They quote as well the record from the session of the Russian Federation Federal Council where V. Lopatin stated that psychotronic weapon can,

For that matter they propose the preparation of national legislative as well as the norms of international law “aimed at the defense of human psyche against subliminal, destructive, informational effects” (21).

As well they propose the declassification of all works on this technology and warn that, as a consequence of the classification, the arms race is speeding up making the psychotronic war probable. Among the possible sources of remote influence on human psyche they list the generators of physical fields” of “known as well as unknown nature” (22). 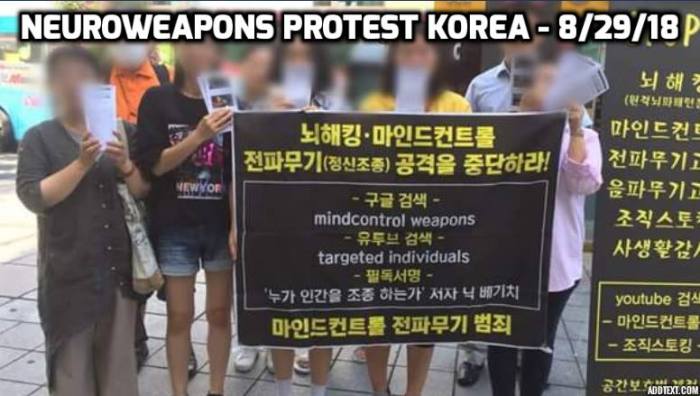 In 1999 the STOA (Scientific and Technological Options Assessment), part of the Directorate General for Research of the European Parliament published the report on Crowd Control Technologies, ordered by them with the OMEGA foundation in British Manchester (23).

One of four major subjects of the study are the 2nd generation” or “non lethal” technologies:

“This report evaluates the second generation of ‘non-lethal’ weapons which are emerging from national military and nuclear weapons laboratories in the United States as part of the Clinton Administration’s ‘non-lethal’ warfare doctrine now adopted in turn by NATO. These devices include weapons using directed energy beam, radiofrequency, laser and acoustic mechanisms to incapacitate human targets” (24)

The report states that the most controversial non-lethal’ crowd control technology proposed by the U.S., are so called Radio Frequency or Directed Energy Weapons that can allegedly manipulate human behavior the greatest concern is with systems which can directly interact with the human nervous system” (25).

The report also states that perhaps the most powerful developments remain shrouded in secrecy” (26). 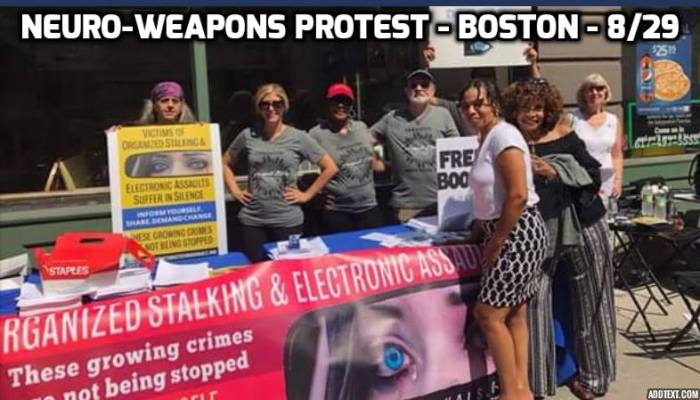 In the Doctrine of Informational Security of the Russian Federation, signed by president Putin in September 2000, among the dangers threatening the informational security of Russian Federation, is listed the threat to the constitutional rights and freedoms of people and citizens in the sphere of spiritual life individual, group and societal consciousness” and “illegal use of special means affecting individual, group and societal consciousness” (31).

In the above mentioned report, published by the STOA, the originally proposed version of the resolution of the European Parliament is quoted, calling for an international convention for a global ban on all research and development which seeks to apply knowledge of the chemical, electrical, sound vibration or other functioning of the human brain to the development of weapons which might enable the manipulation of human beings, including a ban of any actual or possible deployment of such systems.”(33) Here the term “actual” might easily mean that such weapons are already deployed.

Among the countries with the most advanced military technologies those are the USA which did not present any international initiative demanding the ban of technologies enabling the remote control of human mind. (The original version of the bill by Denis J. Kucinich was changed.)

All the same, according to the study published by STOA, the USA are the major promoter of the use of those arms. 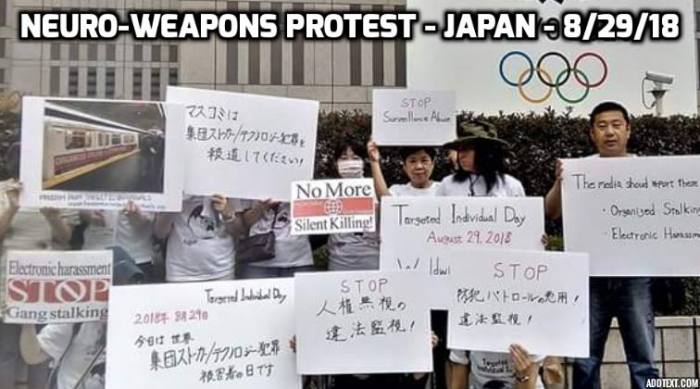 The report published by STOA states:

“In October 1999 NATO announced a new policy on non-lethal weapons and their place in allied arsenals” (34). “In 1996 non-lethal tools identified by the U.S. Army included directed energy systems” and “radio frequency weapons” (35) – those weapons, as was suggested in the STOA report as well, are being associated with the effects on human nervous system.

According to the Russian government informational agency FAPSI, in the last 15 years, the U.S. expenses on the development and acquisition of the means of informational war grew four times and at present time they occupy the first place among all military programs (17),(3).

Though there are other concepts of informational war than mind control, the unwillingness of the USA to engage in the negotiations aimed at the ban of the manipulation of human brains might indicate their intent to use those means in internal as well as international affairs.

One clear consequence of the continuation of the apparent politics of secrecy surrounding technologies enabling remote control of human brains might be that the governments, who would own such technologies, could use them without having to take into consideration the opinion of the general public.

The concept of the democratic world would be, though secretly, disrupted in this way, and in the future the world populations could live in only fake democracy where their own or foreign governments might, by means of secret technologies, shape their opinions. 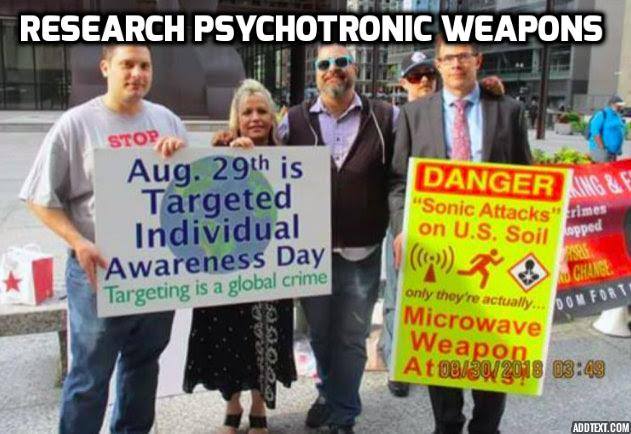